This is a test news 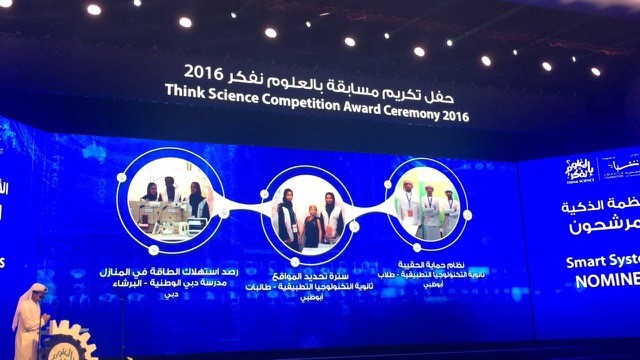 A group of 12.7ATHS participated in think science competition with a project “ Wearable GPS”.

The project was chosen as outstanding project and the students got the chance to present it personally to HH Sheikh Mohammed Bin Rashed the ruler of Dubai in HCT men's college-Dubai.

The project was selected in the top 3 projects in the category of smart systems.

A life jacket that has been improved by adding a sewable GPS module. The jacket has arrows that will light up in order to direct the swimmer back to the closest shore. This jacket is mostly helpful to the drowning people that drown due to the loss of direction when they are close to shore.As we can see now with the refugee crisis that are drowning close to shore. This jacket provides you with direction in order to save lives. 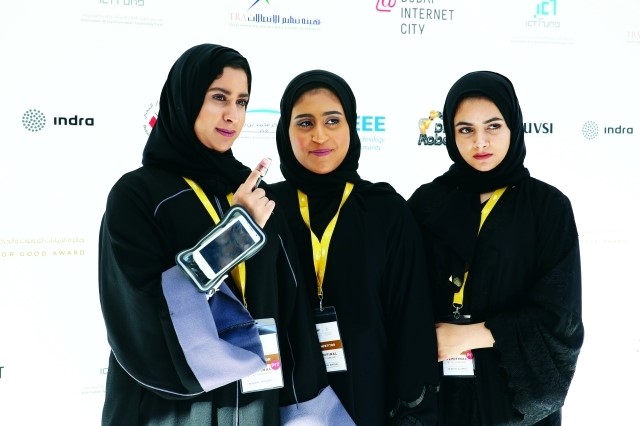 On friday  6th of February 2016, a group of students from ATHS 12.7 participated in the national competition of Robotics for good Award in Dubai internet city.

They were selected as semi-finalist along with only 9 other groups to compete for a prize of 1 million dirhams. They were the only group in the semi-finalists that are high school students.

They presented on stage in front of a committee of juries , and the presentation and live demonstration went very well. As they were applauded by the audience and they were mentioned on the official twitter account of the competition as “So proud of the team behind CVD helper! Very impressive demo! Especially coming from high school seniors”

Although they did not win, they got a special request to present in front of his highness Sheikh Muhammad bin Rashed the ruler of Dubai. So on Saturday the went and presented personally to the sheikh who was impressed that they are the youngest group participating in the competition.

CVD helper is a solution for colour vision deficiency affected people. CVD also known as colour blindness is a condition that affects nearly 300 million people in the world. The solution we made is a device that is hand worn in a form of a bracelet. By a gentle touch of an object, the device will identify the colour and name it out loud.

The CVD helper is a device that will solve a problem affecting a big portion of the community. It will save the CVD affected people from many confusing situations where they are unable to react to colour coded instructions.